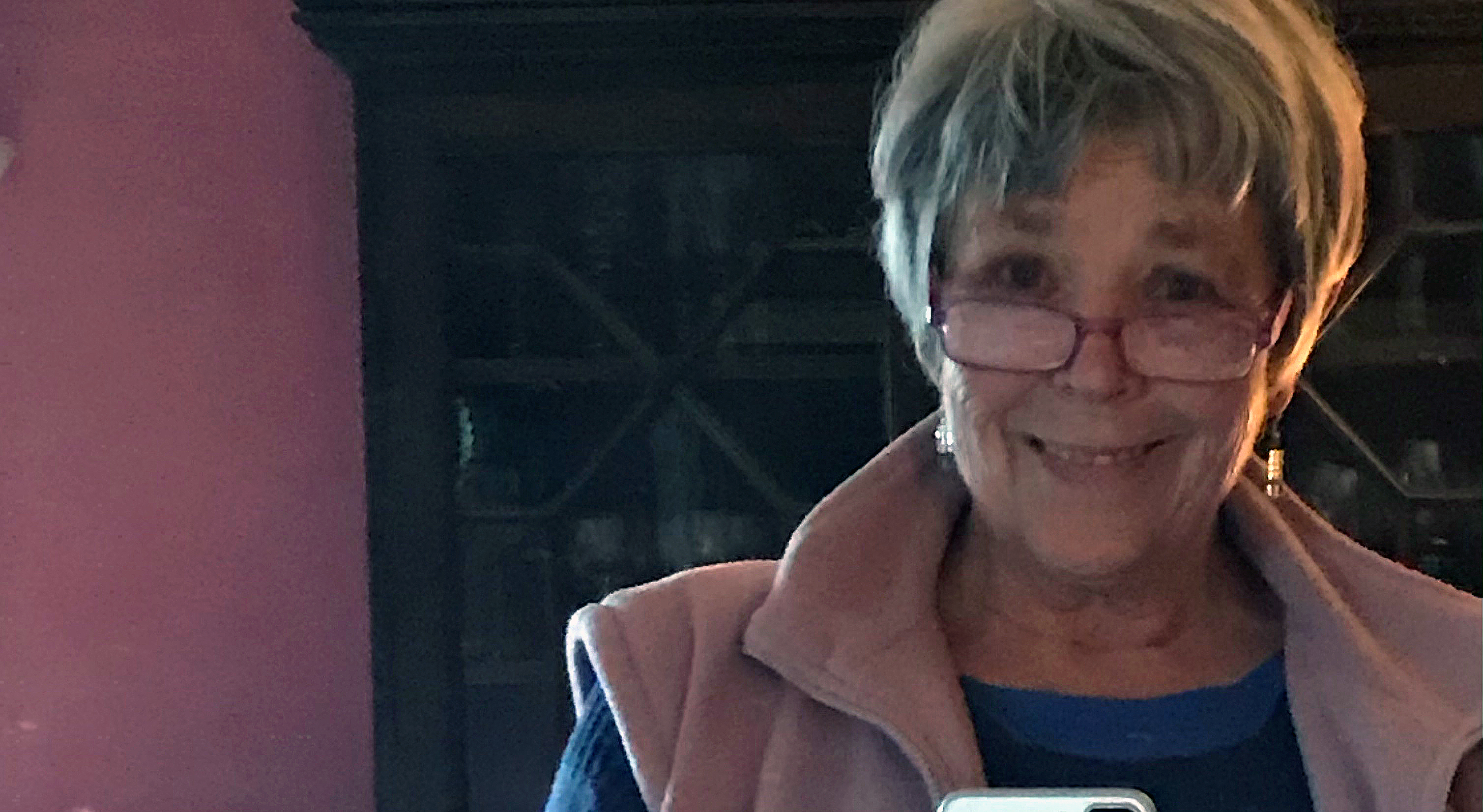 I never met my grandfather, Ernest Hanchard Goodwin, as he died five years before I was born. But I grew up surrounded by his drawings, which were to be found in piles of sketches at my grandmother’s house. There are hundreds if not thousands of these drawings.

As his middle name suggests, he was part of a French Huguenot family, originally silk weavers. He had been born in 1870 in poor circumstances in Shoreditch in London’s East End, and had become so adept at drawing at a young age that he determined to make his living through his pencil, to support himself and his two sisters. He found work in Fleet Street as a newspaper cartoonist, working under the name of ‘Gee’.

Eventually through his contacts and with his intimate knowledge of the weaving of fine screens of silk, he helped devise a new method of printing photographs in newspapers – the half-tone method – and with that he made his fortune.

As I understand it, a photograph could be re-photographed through a silk screen which produced a new image composed of 1000s of tiny dots, not unlike the pixels we are familiar with today. And from those dots, the newspaper presses could produce credible black-and-white images.

Ernest married, had five children, and lived in amazing splendour in a house in Highgate, which is now part of Channing School. In the 1911 Census he is shown as a manufacturer of photo-process blocks.

But the marriage ended, acrimoniously, and he left his wife, giving her all but three shares in his printing company Gee and Watson, which enabled her to live in financial security for the rest of her life. She had loved his double-barrelled name, but he never used ‘Hanchard’ again.

He was then mixing with artists, writers and musicians in London – people such as Thomas Beecham, Martin Stainforth and Bernard Shaw.

Around 1919, he met the young woman who was to become his second partner – my grandmother as it turned out – though they never married. With her he had eight more children (including my mother) and they lived in Hampstead.

He seems to have stopped drawing around this time and started writing novels and plays instead. His writing was briskly romantic and swashbuckling – you wouldn’t know there had been a catastrophic war. Maybe it was too horrible to think about. But the books sold very well, especially in America, and are still available in reprint formats. He did illustrate at least one, The Caravan Man (1918).

He died during WWII, and eventually his creative work faded into obscurity, apart from within the family.

But I grew up knowing my grandfather had been ‘an artist’. I admired his drawings which were quick and compelling. He had a skilful way of capturing people’s appearance, their clothing, expressions, posture and humanity, exaggerated in some ways, but always interesting. What I learned was, all I needed to do was pick up a pencil. So I did.

Moreover, the family felt at ease with art. They were pretty bohemian. As a child I’d go with my parents into Kenwood House and I found I’d be staring at that Rembrandt, and that Gainsborough and that Vermeer and that Van Dyck and that Franz Hals and that Lawrence.

Later when I was travelling round London as a young teenager, I’d go to the National Gallery or the Wallace Collection or the British Museum, looking and looking. I never dared go into any of the smart commercial galleries in the West End – they were not for the likes of me.  I read, bought or stole books with interesting illustrations –  in particular I loved Edward Ardizzone and Eric Ravilious, and, later, a book of African folk tales illustrated by Blair Hughes Stanton. However, even with all this immersion it never occurred to me that I might be an artist too.

I was miserably aware that my drawings were becoming more and more formularised. The  art teacher at my school was a terrifying lesbian, tough and uncompromising. I wilted under her critiques and then fled the art department.

Most of my grown-up life was as an art outsider… loving art, but feeling totally inadequate as a maker. My own critical eye steered me away from sentimental imagery, or copying, and I took life classes when I could find them, but still, I could see how incompetent I was.

I bought paintings and prints, as a distant and very humble worshipper might gaze at an icon. I read Gombrich, and John Berger, and went to the ICA and the Design Centre and the South Bank Galleries and the Tate and the Royal Academy shows.

I married, had a baby. At a babies’ music group I met another mum called Penny – she turned out to be Blair Hughes Stanton’s daughter, partner of Norman Ackroyd (later CBE, RA) and she and I became friends.

She published a book of my poetry (Scar Lines, Penny Press, 1993). I wrote the words – but Kandis Cook made the illustrations.   Although I was coming to understand that, regardless of subject, in effect all art is a form of self-portraiture, it still didn’t dawn on me that I was an artist too.  I was in awe of artists.

Not till I was in my sixties, and living in an art-rich community (Faversham) and getting to meet and know working artists of all kinds, did I start to question my own exclusion. Secretly I had all my sketchbooks, and some terrible canvases stacked up in a spare room – work I had done in solitary embarrassment.  What was wrong with me?  From raising my own two children I had developed the belief that all of us are born as artists… so why hadn’t I included myself in this list?  All I could do was make sketches.

Nathalie Banaigs – an inspired Parisian organising art salons and meetings throughout Kent, set up an event with an American art networker, Crista Cloutier, which I went along to. Crista spoke about her own art story, how she’d joined a big gallery agency after graduating from art school, and learned that while artists seem to believe they must starve, rich people crave art but don’t know how to choose what to buy… And at the end of the talk she gave everyone a large pin-on badge which said ‘Artist’. And I started to cry.

I was amazed when my husband (a musician and senior producer in BBC Radio 3) said, “Well, of course you’re an artist. I always knew that”.  Why did I not know myself?  But, that badge propelled me into a whole new life.

I started work in earnest. There are classes, all the time – and I saved my money and signed up: to Michael Foreman’s life classes, to Jacqueline Summer’s workshops, Hugh Ribbans’ print-making classes (where his mate Alan Burton, another print-maker, was amusingly teaching contradictory methods), Ashley Hanson’s abstract landscape workshops, Tracie Peisley’s feminist sculpture and drawing workshops.

All this was in real time and place, before lockdown engendered the thousands of online workshops which we see now. Now, when I had to grapple with that lifelong sense of inadequacy in the face of other people’s brilliance and competence, I started reacting quite differently… I was a student. I would be making mistakes. I needed to practise. I needed to learn new techniques. This wasn’t therapy now. It was work.

Trips abroad pushed me into obscure regional art galleries and museums and caves – finding Palaeolithic and Neolithic art and architecture, early Picassos and Monets and Manets, political and experimental artists in Spain, Italy, Corsica, the Canary Islands, Corfu, Malta, that people never heard of in Britain. The normal-ness of art was borne into me.

The internet started to offer more and more interesting teaching – some about techniques but some more highly organised, and popular. These were free workshops, preludes to paid courses, and so I found Nick Wilton in California, Tracy Verdugo in Australia and Louise Fletcher in Yorkshire and my studies with them (alongside thousands of other students) have been about how to paint abstractly… another big step forward.  I had previously tried making non-realistic work but found it hopelessly challenging.

It was already plain to me that since the invention of cameras, artists were no longer constrained to make realistic records of things, places and people.

For hundreds of years, ‘art’ had been defined by patrons rather than makers. Churches liked to see images of humans in mortal danger, peril and pain, saints and god himself, depicted at the first and last moments (especially popular if they were ghastly).

Monarchs and other rich and powerful people liked to see their faces, wives, houses, horses and fruit bowls captured forever, and that had defined what ‘art’ should be, apparently. That I had learned many years before, in Kenwood House.

But as the shutters clicked, artists could now turn their collective attention to other matters – the nature of light, the experience of time and emotion, the study of shapes themselves. So, since the lockdown, I have been learning (with these teachers) more about making abstract works.  Every penny spent has been worth it.

The small band of people who have been kind enough to like and even buy my earlier work (landscapes, still life studies, more-or-less realistic paintings) are I think perplexed by my forays into this new wild and wicked world. (I say, if you have not tried to make consistently good abstract paintings, don’t knock it).

I am coming to trust the process rather than seeking definite outcomes. I am at last letting go of the nagging worry about making things ‘which will sell’. I am doing what I love.

I have learned to put my works into public display through a website http://griseldamussett.com/ and via Instagram and Facebook, mistakes and all. I have to overcome a terrible nausea to do it – but that is the fight. The inner demons who say… who are you? But I know them now for who they are.

I have never stopped encouraging other people to start making art. I’m partway through writing a book called, So you want to be an artist fuck it?

I think probably everyone is an artist. It gets bashed out of us at home, at school, in the world. How often have I heard people say ‘I can’t draw….’?  Well, unless you pick up a pencil and start, then that will always be true.

Visual arts are – powerfully – non-verbal. They require and develop parts of our brains which are scarcely recognised in our western culture. The state of mind I get into when I am making art (and I think other artists find the same) is a powerful primitive fundamental human experience.  It may, or it may not, provide us with a living, but ‘good’ art will speak to people forever.

My grandfather did manage to support himself, his sisters and then his young family for a long time with his pencil, but he made his fortune through the new technologies, not his drawings.  And then he reinvented himself, not as a visual artist but as a writer and as a businessman, because he had found himself with art when he was young.  His drawings look quaint now, of their time. But they’re good, or good enough.   My own paintings and drawings are so much part of me now I can’t imagine being without it all. I am my art. I am painting myself.

More information
If you would like to see Griselda’s work in person and you’re in the Faversham area, you can.
Her art show continues in the summerhousein her garden until 16th May 2021.  Viewing is by appointment only. Call Griselda on 0797 492 1913 or email griseldacmussett@gmail.com.