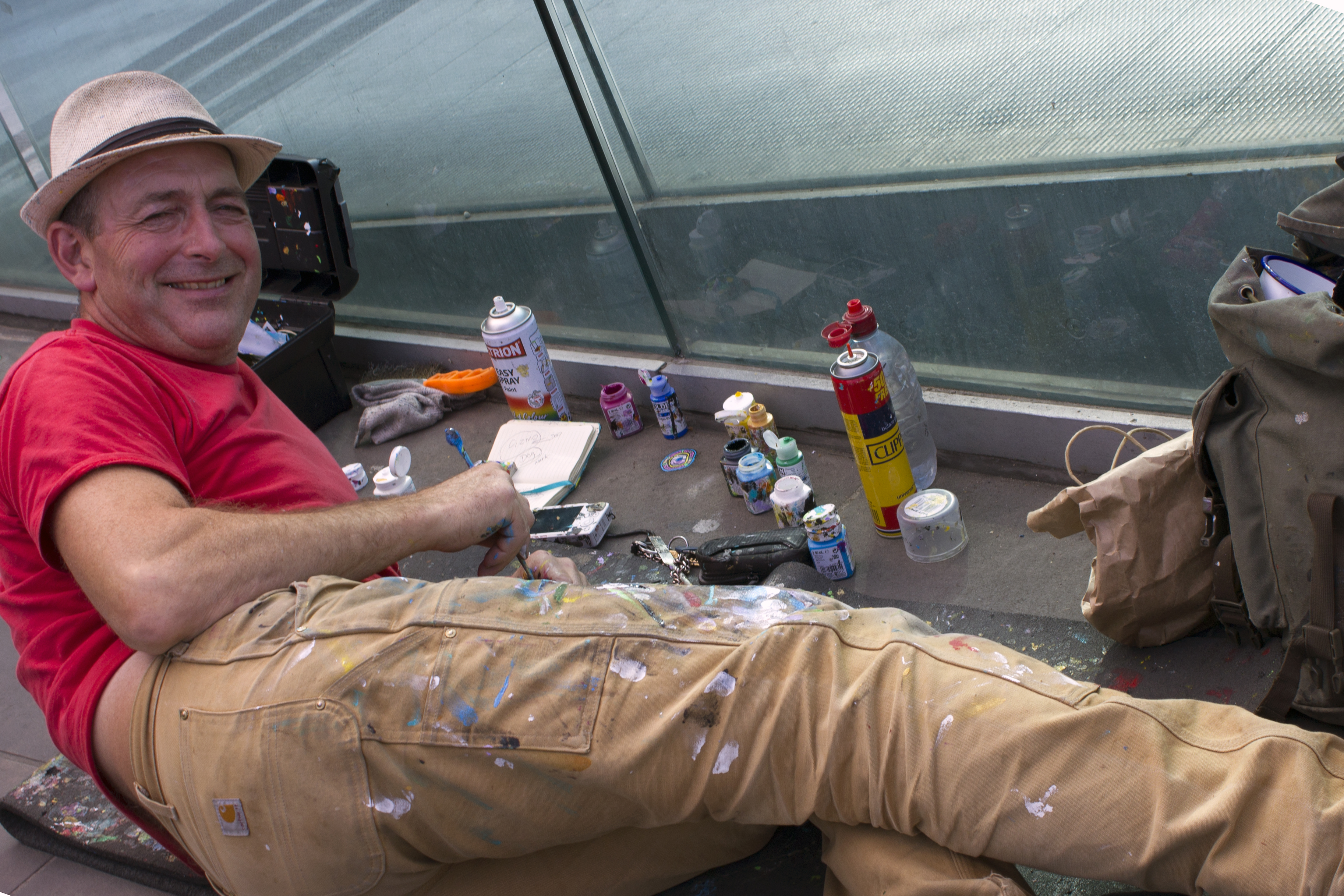 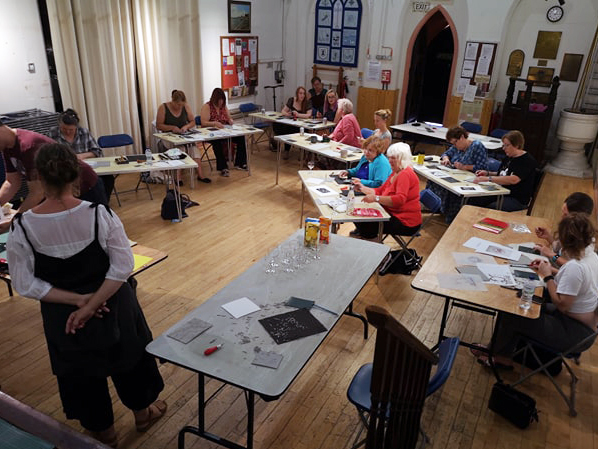 I’ve been working on the roads pretty much full time over the last few weeks so not much time for doing art or blogging about it. So it was really good yesterday, to kick back with a few others for a day of lino cutting at St. Andrew’s Arts Centre in Gravesend http://www.graveshamarts.co.uk/.  It was a mixed group in terms of previous lino cutting experience but, as you can see from the pictures below (with thanks to Mandy Wooding and Amanda Groom Davies) everyone had got the hang of it – with minimal blood letting – and everyone produced some great work by the end of the day.

Was good also to see ‘Penny Les’ New who dropped in on his massive bike, pictured here outside St Andrew’s and the magnificent LV21 https://lv21.co.uk/

If there’s enough interest I’d love to run another workshop soon and am happy to come and work with groups if anyone would like me to. Just contact me via the website. If you haven’t already subscribed to my website, please do, then you’ll get regular updates of forthcoming events. Just put your email in the subscription box and click on the link it sends. You won’t get bombarded with stuff, I promise.

In the meantime, here is an earlier blog I wrote about lino cutting. https://duncangrantartist.com/2019/06/16/what-a-relief-a-blog-about-lino-cutting/  If the summer holidays are beginning to drag maybe try a bit of Dry Point with the kids to get them started. https://www.bing.com/videos/search?q=you+tube+dry+point+polystyrene+print&view=detail&mid=1AF60B09C714A34E43DF1AF60B09C714A34E43DF&FORM=VIRE

Enjoy the pictures from yesterday. And if you are interested in seeing more of my limited edition relief print work, you can find them all here https://duncangrantartist.com/product-category/prints/lino-cut-prints/